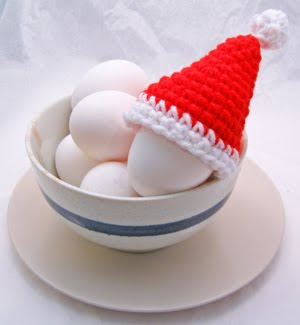 This is Santa’s brain.
Any questions?

For over two years now, I have been trying to figure out what the hell Jones means when he says The Matrix was based on actual government plans. I think I first heard him mention this on the Feb. 20/09 broadcast. After interviewing Lt. Col. Greg Hapgood of the Iowa National Guard, Jones declared twice that The Matrix was based on military documents. He said the government has plans to raise humans from birth in tanks, just like the vats of strawberry Jell-O in The Matrix. (To be honest, if I had the choice between living in a vat or living on Morpheus’s ship, I’d take the vat. That ship makes Das Boot look like a freakin’ spa. Apparently, there will not be household cleaning products in the future.)

After declaring this at least half a dozen more times, Jones finally gave his source: A 1958 Pentagon paper. He didn’t give any other specifics, but he did say the paper involves microchips, which were brand-spanking-new at that time. While I still couldn’t find the document, I did find a reference from another Pentagon paper released in the late ’50s that indicates the Pentagon might not have had the most realistic expectations when it came to computer tech. It envisioned a computerized “troop-carrying missile” that could “loop through outer space” and deliver an entire platoon of troops 500 miles behind enemy lines with pinpoint accuracy, all in the time it takes to deliver a pizza.
Somebody was smokin’ the good stuff.

Listening to Jones’ June 2009 interview of David Icke, I heard Jones refer again to that elusive military document. But this time he said the paper was written in 1968, not ’58, and declassified in 2000. He said the paper mentions civilians living in vats full of styrofoam packing material or something.
Knowing how Jones mixes up his facts, I realized this “military document” could be a chef’s manual on how to store the leftovers from a Pentagon pig roast, and just gave up.

“This is what the government’s into, folks! They’re taking the DMT. They’ve got the black op commanders gobbling high-powered hallucinogens in…in…see, I don’t even get into all this stuff.”

I have no idea what he’s talking about, here. Military commanders tripping out on the government’s dime? What would be the point of that? Performance-enhancing drugs, sure, but hallucinogens just wouldn’t make any sense. Back in the ’50s, ’60s and early ’70s, the CIA tested a vast array of psychoactive drugs on soldiers, mental patients, johns, and just about anyone else who came within arm’s reach. But that was before LSD was fully understood, when some researchers still hoped it was some kind of wonder drug that could boost cognitive function, cure mental illnesses, and work as a truth serum. Today, most of us realize it can’t do any of those things.

And no, Bildergergers were not “jacking DMT 70 years ago.” Like all other psychotropic drugs, it didn’t become popular in a recreational way until the late ’60s, and it never took off the way LSD did. For an understanding of why that is, take a look at this charming video, in which a DMT user explains how she squirted DMT up her butt to avoid all the hideous side effects of ingesting it orally. DMT users have to strap on diapers and position themselves close to a toilet or other receptacle. This is not a club drug. Take a look at the 1950s-early 1960s attendance lists for Bilderberg meetings and tell me if you think any of these guys were tripping balls and wearing diapers. Maybe Dean Acheson and David Rockefeller were partying Hunter Thompson style, but I doubt it.

Anyway, on to those “clockwork elves”. Jones is obviously referring to the late Terence McKenna’s machine elves, the insectoid images that appear to many people during DMT trips. McKenna never implied that these were real elves that you could go and visit in a parallel dimension or anything; he was just putting a name to the freaky shit he saw on DMT, kind of like an ornithologist naming a new bird. Of course, this doesn’t stop people from taking McKenna really, really literally. Some DMT users suspect machine elves are aliens, or ultradimensional entities, or souls of the dead.

But physicists at CERN? I dunno. I’m guessing that if you walked up to a CERN scientist and said, “Hey, I hear you guys are using the LHC to commune with elves!”, he/she would summon security immediately, thinking some lunatic had wandered into the facility.