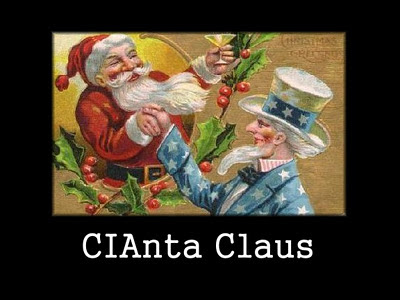 Umar looked like an ordinary guy, wearing a baggy T-shirt and jeans. No one would have guessed he came from one of the wealthiest families in Nigeria, if not all of Africa. His father, Umaru Abdul Mutallab, was a wildly successful banker and businessman, and Umar and his 15 older siblings had been sent to excellent international schools and universities. In fact, Umar was supposed to have been in school throughout the latter half of 2009, attending the San’a Institute for the Arabic Language in Yemen. No one in his family had been pleased about his choice of this school, and none of them knew that he had basically dropped out after a month. In October, his father refused to fund a seven-year course in sharia law and Arabic that Umar supposedly wanted to take. Umar informed his dad that he had other backers who would sponsor and support him, and wrote that he was breaking off contact with his family because he had discovered “the real Islam”. Mutallab feared that his son had become a radical Islamist (Yemen has long been a hub for Islamist terrorism). He was worried enough about this possibility to report it to CIA agents at the U.S. Embassy in Abuja, Nigeria, in late November.

This was not the first time that Umar’s activities had alarmed people. In May 2009, while studying in Australia, he applied for a student visa to study “life coaching” at a certain college in the UK. Officials noticed that the college didn’t actually exist. His application was rejected and his name is added a Home Office watch list, preventing him from entering the UK.

After his father’s warning to the embassy, Umar was allowed to keep his U.S. visa (issued in 2008), but his name was immediately added to the U.S. Terrorist Identities Datamart Environment, a database maintained by the National Counterterrorism Center. However, it was not added to the FBI’s Terrorist Screening Database, which functions as a source list for both the Secondary Screening Selectee list and the No Fly list. Umar would have no trouble getting on a plane to the U.S.

So far as anyone knows, Umar wasn’t taking any courses in December 2009. He says he was working with Al Qaeda in Yemen.
Umar had long held more extreme religious views than the rest of his family. In 2005 he posted comments to an Islamist website, reeling out a “jihad fantasy” in which Muslims would rule the world. This was the same year he began studying engineering and business finance at University College, London, and attending the East London Mosque in Whitechapel, a mosque known for inviting some extremist figures to give speeches (take a look at some of the visiting lecturers listed on the mosque’s Wikipedia entry).
He became president of University College’s Islamic Society, and in 2007 organized a five-day series of lectures about the War on Terror. Speakers included former Guantánamo Bay detainees and human rights lawyers. The topic of one lecture was “Jihad vs. Terrorism”.

On the Christmas Day flight, Abdulmutallab had an explosive device sealed in a pouch hidden in his underwear. As the plane neared Detroit, he used a liquid-filled syringe to ignite the explosive powder. It burned, but did not explode. Fellow passengers immediately noticed the unusual odor coming from his seat, and saw flames develop. Dutch filmmaker Jasper Shuringa took it upon himself to tackle Abdulmutallab, struggling with him as flight attendants put out the flames (another man who helped subdue the bomber, Theophilus Maranga, sued the airline).

To explain what really happened on Christmas Day two years ago, Alex Jones brought Mr. Lebowski Webster Tarpley onto his show. Tarpley presented the following suppositions and factoids to support his contention that Abdulmutallab was not a terrorist, but a patsy (Tarpley’s statements are in bold):

– Abdulmutallab was mentally defective, with a developmental disorder of some kind, incapable of doing anything without close supervision. There is no absolutely no evidential support for this. Though he was known as a quiet young man, Abdulmutallab studied complex subjects at excellent schools, wrote normally, and served as president of a university Islamic associaton.
Jones is quite fond of calling terrorists “sub-mental” or mentally ill. He has repeatedly stated that Marinus van der Lubbe was “retarded”, though the man spoke two languages and functioned perfectly well as a labour volunteer. Tarpley and Jones both referred to shoe bomber Richard Reid as “retarded”. Reid was a career criminal with little education, but there is no evidence that he was of below-average intelligence. If he was mentally handicapped, he may have been able to successfully plead not guilty, or could appeal his conviction on those grounds.

– Abdulmutallab was probably selected and groomed by MI5 while studying in London. This is a completely unsupported statement. Like all LaRouchites, Tarpley really, really hates England.

– A “patsy chaperone“, a well-dressed Indian man, accompanied Umar to the ticket counter in Amsterdam to explain that Abdulmutallab did not have his passport. This goes to show that he was incapable of independent action, and that someone was pulling strings to get him on the flight. The “Indian man” (also described as an African man) reportedly seen with Abdulmutallab has not been identified. He could have been an accomplice, or an acquaintance. No one knows. So Tarpley doesn’t know, either. And airport officials in Amsterdam have stated that Abdulmutallab did present a valid Nigerian ID and a U.S. visa.

The conspiranoids of the world didn’t have much to work with in the underwear bomb case. Abdulmutallab’s own father suspected him of being a radicalized Islamist. He fit the same profile as many young, upper-class Muslim men who are turned on to extremism while studying abroad. He was caught almost literally red-handed trying to blow up an airplane. What kind of conspiracy theory can you cobble out of this sad, all-too-familiar story?

Kurt and Lori Haskell were passengers on Flight 253. The married attorneys were returning from a vacation in Africa.
Kurt went to the media immediately after the would-be bombing to declare that the FBI and nearly everyone else involved with the incident were lying; Abdulmutallab was a patsy in a U.S. government operation.
Haskell said he and his wife had watched the “Indian man” intercede on Abdulmutallab’s behalf at the airport in Amsterdam, getting him onto the flight without his passport. In Detroit, all the passengers were detained at the airport by the FBI. Bomb-sniffing dogs were brought in to sniff luggage, and one dog sat down beside a carry-on bag belonging to a man Haskell refers to as “the man in orange”, a thirtyish man of “Indian or Pakistani descent”. The M.I.O. was taken into a separate room for about an hour, and when he emerged he was in cuffs. FBI agents escorted him somewhere else. The other passengers were told they had to be moved to another part of the airport because there could be another explosive device in the area. They were ushered into a corridor.

The FBI denied that anyone other than Abdulmutallab had been detained. Later, it stated that one man had been taken into custody over a passport issue, but declined to give the man’s name or any details.
No explosive devices were found outside of Umar’s underwear.
In October, Haskell informed Jones he intends to sue the FBI to obtain more information about the bombing attempt, including the identity of the M.I.O.

Jones unreeled quite a lot of nonsense during his interview of Haskell. He said there are “over a million Americans” on the No Fly list (there are about 400,000 people on the list). He said Abdulmutallab’s dad went to the U.S. embassy “repeatedly” (he went once or twice) to report that his son was “training with terrorists in Yemen” (he said only that he was concerned his son could be involved with radicalized Muslims).
Jones said, “Witnesses report someone videotaping the whole flight, aimed at the underwear bomber…”
This has been reported by numerous alternative news outlets and YouTube users, but the incident behind it is a little less than astonishing. A young mother named Patricia Keepman merely told the media that a man in her section of the plane (about 20 seats behind Abdulmutallab) was using his videocamera during the flight. Keepman did not know what he was filming, as he didn’t seem to be aiming the camera at any particular person, so she assumed it was the man’s first flight and thought little of it.
As this person has not been identified, it’s entirely possible he was recording his flight for posterity. There would be little sense in videotaping the back of Abdulmutallab’s head from a distance for surveillance purposes.

It’s commendable – hell, necessary – to demand the truth when we feel it’s being concealed. If there was a “well-dressed man” and/or a “man in orange” involved with the underwear bomber, we have a right to know about that. But there is no need whatsoever to manhandle the facts to suit our own preconceived notions about what happened. To date, there is zero evidence that Umar Abdulmutallab was an MI5 agent or an American government patsy. There is zero evidence that he had an accomplice or “handler” on the flight, or that he was being filmed. There is zero evidence that Abdulmutallab is anything other than what he claims to be: An angry man who wanted revenge, and believed he was acting in the interest of Islam.